Add to Cart Add to Lightbox
Africa. Eritrea, 21-02-2003. Photo: Patrick Post. Since the ceasefire was signed between Ethiopia and Eritrea in June 2000; around 180 000 persons have been internally displaced across Eritrea.
A direct consequence of territorial gain by Ethiopia in the last war with Eritrea are camps like this one. Most refugees found in such places are from areas that now belong to Ethiopia, or that are disputed or militarized. There was some 6000 refugees in the Debub region when these pictures were taken. This camp was located a few km inland from the border with Ethiopia in the demilitarized zone of the central highlands of Eritrea.
In 2003, the organization War Child came to the Southern Region of Eritrea. Their mission aimed at restoring the children's confidence and at learning to deal with emotions.
Still today, the situation remains grim in Eritrea. Thousands of Eritreans flee from the brutal dictatorship in their country. The refugees are trying to reach Israel through the Sinai Desert on the border with Egypt. A dangerous trip since they are targeted for ransoms by a large trafficking network. 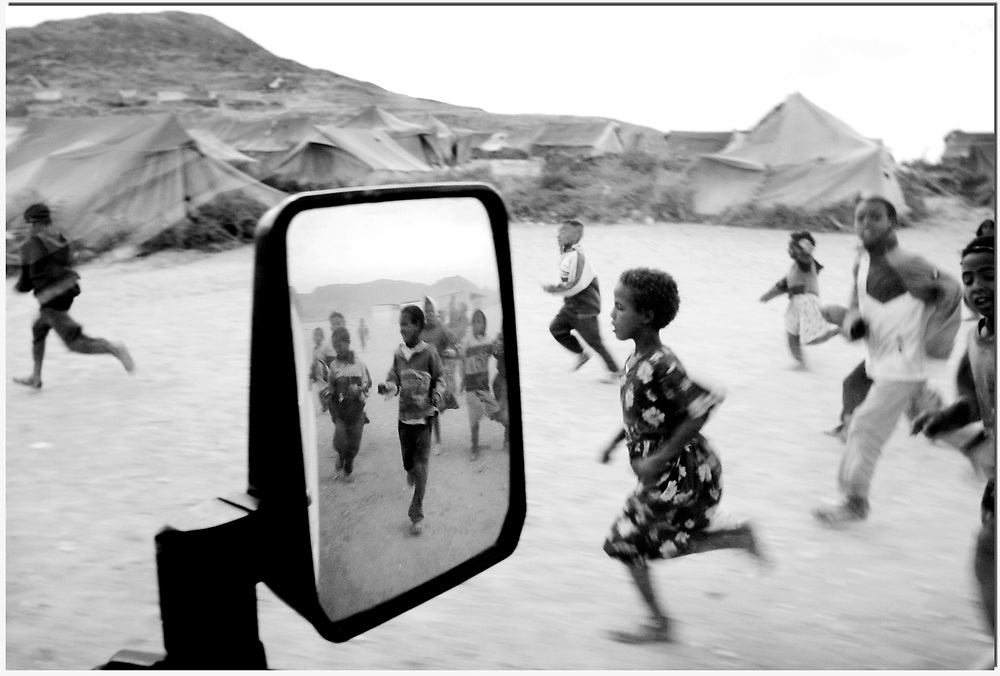